Some time ago there was a movement to name Lake Champlain as the sixth Great Lake. The idea met with opposition from some and it never came to pass. However, to those of us here, it is truly our “Great” Lake. At approximately 108 miles long, (some say 110) it stretches south to north as the border between New York and Vermont. It flows northerly beginning in the Lake's South Bay near Whitehall, NY, into Canada’s Richelieu River and eventually into the St.Lawrence River near Montreal, Quebec. There are approximately 80 islands in Lake Champlain. These views are taken from the VT side facing west toward NY and the Adirondacks. 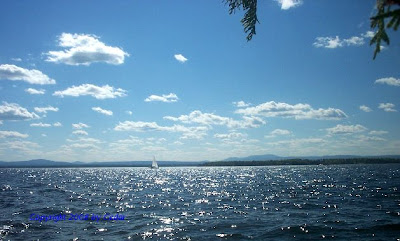 There are two road crossings,… the Crown Point Bridge between Crown Point, NY and Chimney Point, VT and also at the northern end of the lake between Rouses Point, NY and Alburg, VT. There are three ferry crossings run by Lake Champlain Transprotation Co., and one privately owned small ferry at Ticonderoga. 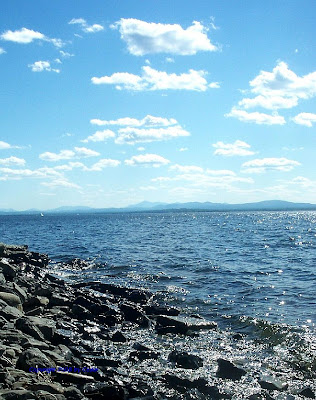 A hundred years ago steamships plied the waters of the lake between various ports on both NY and VT shores. As a little girl my mother used to tap dance on the dock when the steamers arrived,…. My grandfather playing a harmonica. Tourists would give her pennies. She was a cute little girl with black ringlets back then in 1910! Now the steamer, Ticonderoga, is displayed at Shelburne Museum in VT. 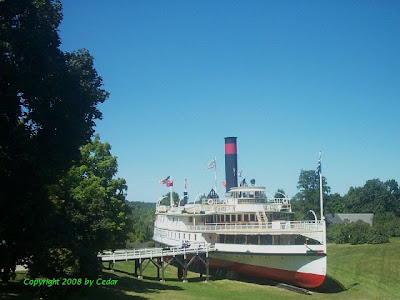 Lake Champlain was part of the great inland sea. Much of northern NY and VT was underwater. The tale is told by the sedimentary rock found along the shores. 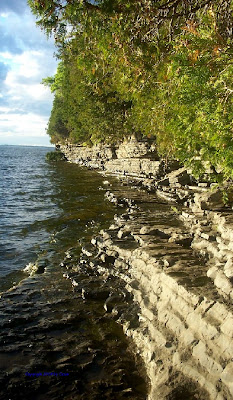 I live about ten miles inland from the Lake. On a hot summer night it’s fun to drive to the ferry dock, park your car and walk onto the ferry for a ride across the lake to VT and back… and then go for an ice cream cone. 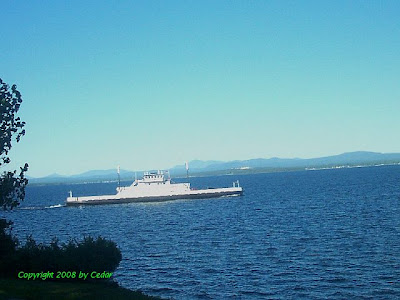