The Adirondack Park is not a “park” as most people think of. It is 6 million acres of both privately owned and public land and exceeds the total acreage of Yellowstone, Yosemite, Grand Canyon, Great Smoky, and Everglades National Parks combined. Mt.Marcy is the highest peak at a mere 5344’. Not much compared to the Rocky Mts. But the Adirondacks, even though not as high as other mountain ranges due to the grinding down of the glaciers passing over them, have a beauty that will take a person’s breath away. 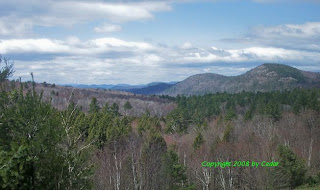 Home to two Winter Olympics in 1932 and 1980, the centrally located village of Lake Placid is a thriving tourist destination. Remember the chant,… “USA, USA,….” when our 1980 USA Olympic Men’s Hockey team beat the Russians? The invisible “Blue Line” is the boundary of the official Adirondack Park. Many years ago on a map the boundary was drawn with a blue line,… that term became the common term to designate the boundary. In 1885 the Adirondack Forest Preserve was created. Eventually the New York State Legislature proposed, and the voters approved, Article VII, Section 7, declaring the land within the Blue Line to be kept “Forever Wild.” 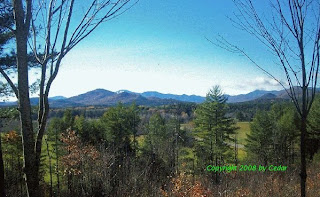 Come visit the Adirondacks, a 6 million acre welcome mat is waiting for you! 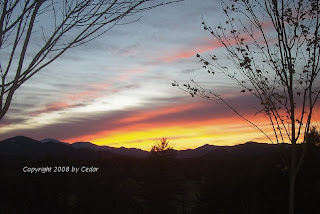 Nice site, I will come back for more visits....glad you are sharing. NorthCountryGal