Horsepower in the true sense was the way work was accomplished in times past. A few people still keep draft horses and work them today. When the work was finished many years ago farmers and lumberjacks would gather for pulling contests between their teams. Those contests are still held today.

These draft horses are meant to work, they practically dance in anticipation when they are backing up to hitch. Yesterday's contest at the fair was marked by sportsmanship between drivers who all shook hands at the end when the winner was announced. And at no time did a driver mistreat a team. It was a real joy to watch the teams do what their breeding meant for them to do. 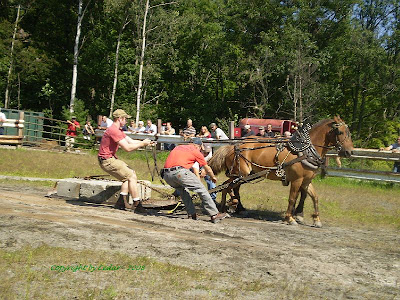 These teams are ponies. 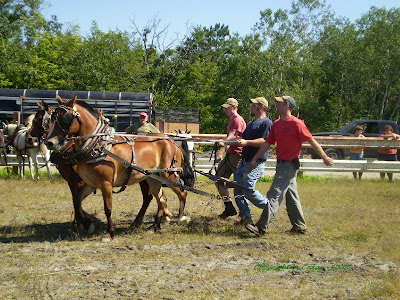 Teams rest at the side rails between pulls. 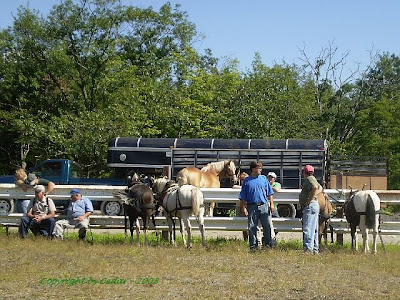 Cement blocks are added in 500# increments. They represent the weight of chores in the past when horses were used in the woods to skid out logs or to pull farm machinery in the fields. 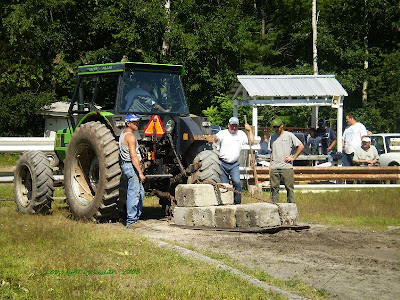 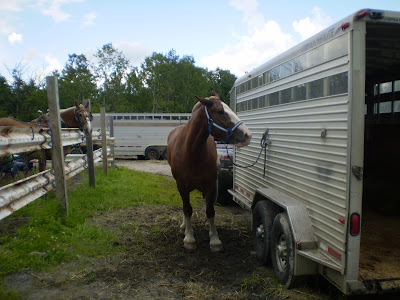 A team of Belgians hitched and ready to do what comes naturally for them. 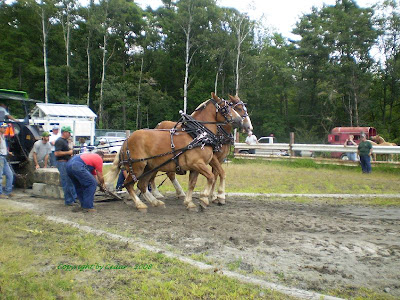 Other horse events were happening in the show ring. Here a young lady readies her favorite friend for his saddle. 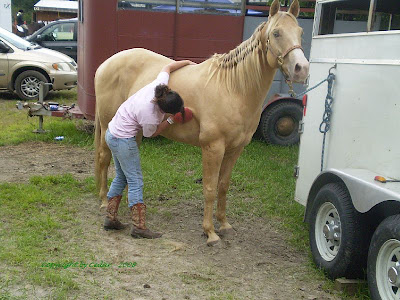 Comepetition in various classes of horsemanship... 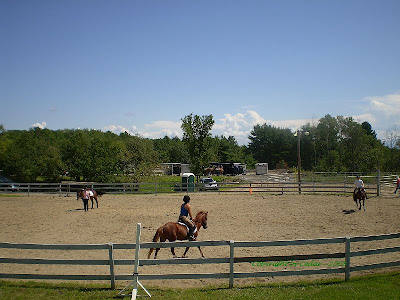 Of course the midway was the hub of the fairgrounds as it was Saturday and parents were bringing their children for the fun and games... 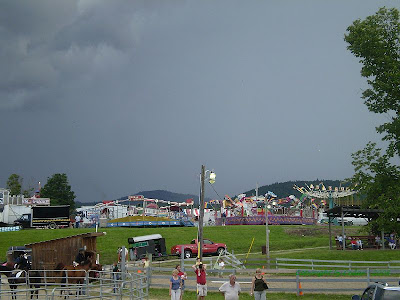 But my favorite place was hanging out with the big guys,... this was my goodbye shot as I was leaving to go home! 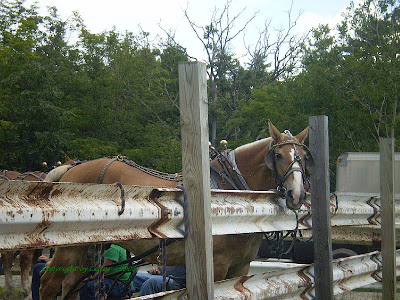 Great shots.. good work... was rather drafty out there!!!!

What a great fair! That mede me remember one from 20 years ago in Northwest Montana where they had an incredible demonstration with work horses. We don't see that any more around here and I really miss it!