The 1000 Island Bluegrass Association sponsored a weekend getaway at Bonnie Castle Resort in Alexandria Bay, NY. It's the annual kickoff for the bluegrass festival season in the north country.
Headlining for Friday evening was the Abrams-Burtch Connection. Wayne Abrams, grandfather of the Abrams Brothers, and Bob Burtch have formed a new band for the bluegrass circuit.

The headliner act for Saturday evening was Remington Ryde from Pennsylvania. 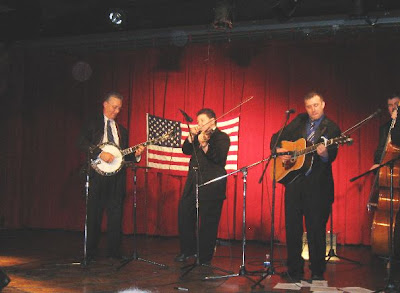 The opening band for both Friday and Saturday nights was the north country's favorite son, David Nichols and his band Spare Change. David does custom pearl inlay work for many well known musicians, as well as building mandolins and guitars. The summer season will find the band traveling to festivals in NY, VT and Ontario. You won't find any nicer friends anywhere than David and Nadine. Here you see them sharing a duet while band members Gary Greenland on banjo, and Chad Darou on guitar join in. 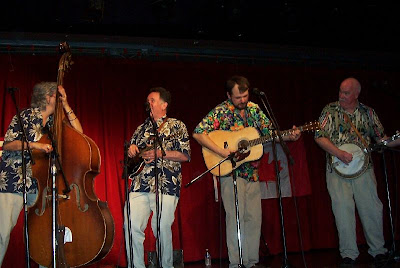 Across the St.Lawrence River from Bonnie Castle is Boldt Castle,....another story for another time. Sunday morning it looked like this... but in the summer it is awash with colorful flowers. It is open for tours beginning in early May. 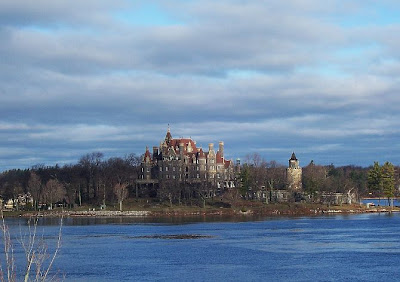 Informal jam sessions were going on all over the hotel. In good weather you might see groups outside, or in various guest rooms as well as the larger designated areas. 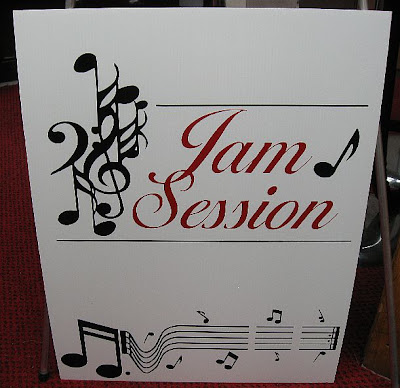 People of all ages,... I guessed this to be a mother and daughter... 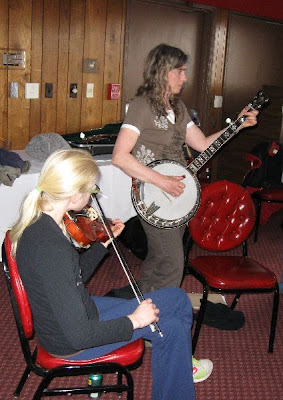 This is a bluegrass family friend Ray on guitar. 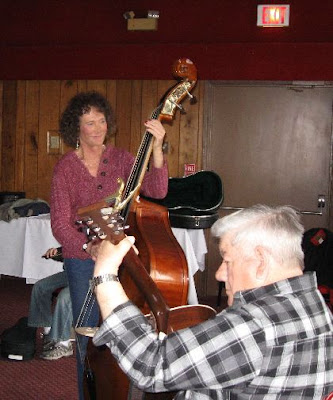 The girl playing fiddle is a young teenager... 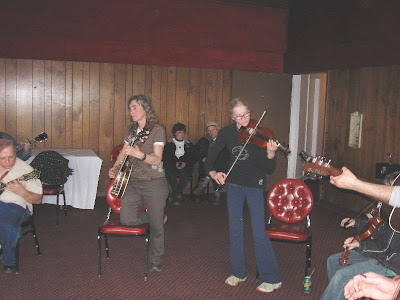 The circle is always able to be widened to include new people coming into the room. This made me think of the song "Will The Circle Be Unbroken," and old standard of the music world. 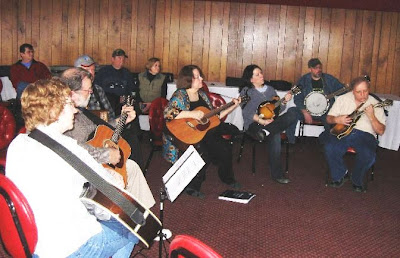 Here Ray's daughter Pam is in the center holding his mandolin which she'd been playing until she sang this song,... 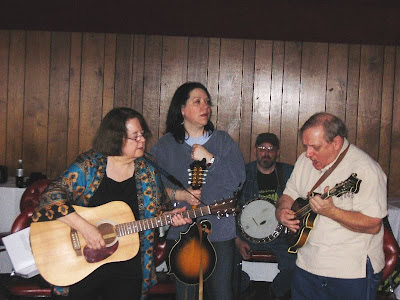 I enjoyed watching this gentleman playing his dobro guitar... 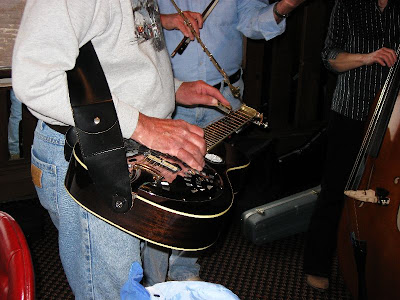 I've already made my reservation for next year!...

Oh Cedar, I would love going to that weekend event. What a beautiful place also.... I'm so glad you went --and glad you are going next year. I love Bluegrass muusic.

One time when we were staying in an old hotel in the Smokies, they had a free bluegrass concert.. AMAZING!!!!

Have a great day.

Let's hope for no damage here the next couple of days due to the upcoming freeze.
Hugs,
Betsy

What fun. Isn't it amazing all the talented musicians all over the world, in every little community and large city. Music is a universal language.
Happy Twirls

You do have some very nice photographs. Such events are scarce here.

Looks like a great festival. I do so love these talented people and the music they pass down to the next generation.

I've been singing and playing country music, and occasional bluegrass, since I was 17. MISS the jam sessions. I played professionally for about 10 years but now just at get-togethers. Boy, you MADE ME MISS it with this post. The best people in the world.

YOU SAY THE SWEETEST THINGS! Thanks for missing me and for what you said about my blog. Oh my goodness girly!

What a great weekend! I would have loved going to that! I much prefer that to almost any other kind of music.

I admire bluegrass but have never really developed an ear for it. but it looks like you had a wonderful time which is always a great thing.

What fun that looks to be, I can hear the music in my ears right now as I see these pictures!!
You always seem to have so much fun and it seems that music is a huge part of your life!
I like that!

That castle looks beautiful and how fun to enjoy some good music!

Wow, Cedar - that looks like so much fun! I love bluegrass music and thought you could only find it here in the south! I am totally intrigued by that castle! Looking forward to your posts about it!

What fun it would be! with all the talented musicians from all over the world.
Cheers!

Oh, what fun! I would have enjoyed being there and I enjoyed experiencing it through your photos.

How do you dance to bluegrass?!

I'm glad so many of you found my weekend event interesting. It's so much fun. And there is so much talent there. Wayfaring Wanderer asked how to dance to bluegrass. Slow songs are the same as any slow song. Upbeat tunes might be something to do an old fashioned step dance to. There are examples on YouTube. My old knees no longer let me do it, but I used to!

How lovely! Thank you so much for sharing your weekend with us. My husband and I love bluegrass. Alan and our daughter both play the upright bass. Some of our best memories are when we play music together as a family.