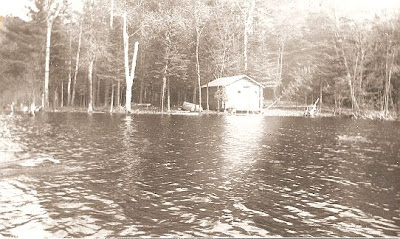 Soon they decided that lugging all those supplies up the hill to the ledge was not going to be much fun. So they moved it back from the edge of the pond and turned the boathouse into their camp. 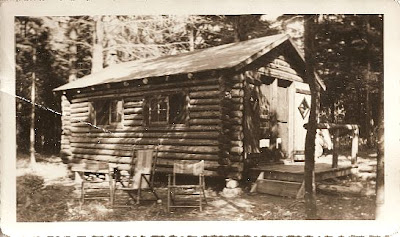 Here is my mother, some time around 1942. Because of the tall white pine trees she named the camp "Sequoia Lodge." Of course she knew that they weren't true Sequoia trees, but they towered over the little camp in true Sequoia spirit. 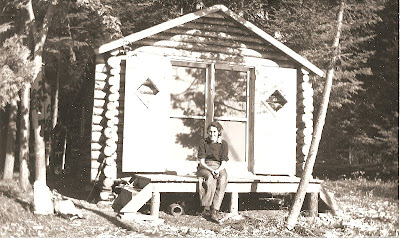 The original camp seemed small so they built a kitchen wing on the left and a bedroom wing on the right. Now there was a large kitchen, large livingroom (original boathouse) and two nice bedrooms. I was probably around 10 years old when the kitchen was added. I remember my father falling the trees, my mother peeling the logs. They gave me a putty knife and a roll of oakum to chink the spaces between the logs. 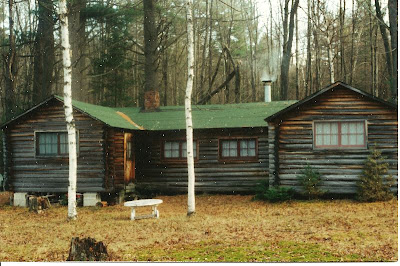 Here is the livingroom as it looked during the 1980s. Pure camp. No electricity, just a wood stove for heat, Coleman lanterns for light and gas stove and refrigerator in the kitchen. I loved it! 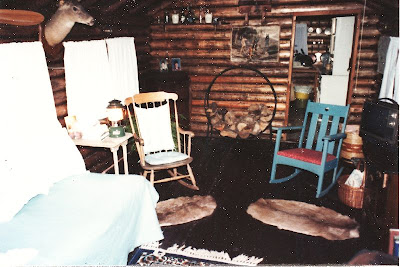 And the view to the mountains from the small dock. 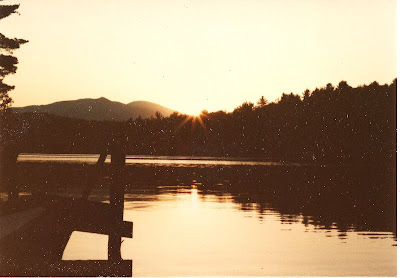 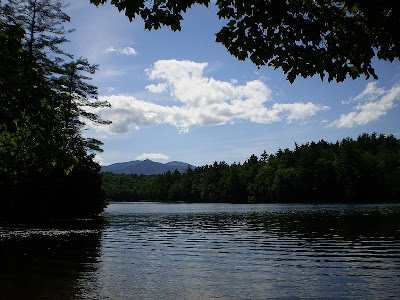 I used to live there summers. Commuting to work from the camp. Now it is used during the summers by my children and grandchildren,... 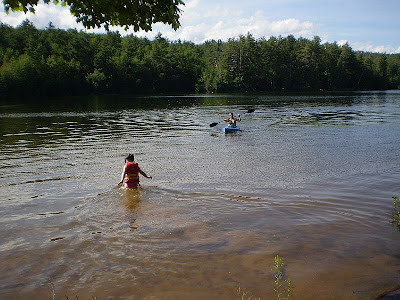 And even my son's girlfriend's grandchildren. How about that! That would be five generations in all! 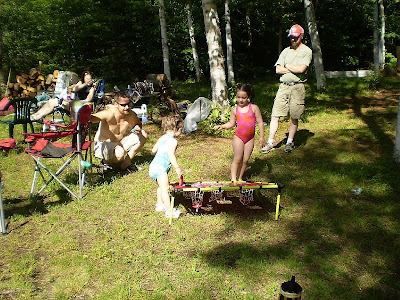 I always find stories about camps and the generations that have enjoyed them warm and amazing. It seems like the sort of thing that doesn't really happen much anymore - a camp staying in the family for generations. Awesome story!

Oh Cedar, What a NEAT place.. That's my kind of cabin!!! WOW!!! Glad it is still in the family. I know your parents would be pleased that it is still being used and loved.

Loved your comment on my blog about hiking to see ICE.. I'm sure that sounds crazy to you since you get lots of snow and ice without hiking!!!! We have to go and find it down here!!! (Guess we do need to move to your area! ha)
Hugs,
Betsy

I LOVE LOVE this cabin! The views onto the water - the history - just great to see and hear about! And that's wonderful it's still being used - seems like the perfect getaway!

What wonderful photos...love the family history. Thanks so much for posting this!!

How neat to have a summer cabin like that! What wonderful memories you must have made there, and continue to make...

What a WONDERFUL cabin - dripping with nostalgia for the primitive ways of life! And what a great story to go with it! I love the old pictures, too, in their sepia colors!

What a beautiful cabin! I would live to spend some time at a retreat like that.

What a wonderful place! My kids and I spent some of our most enjoyable times at a friends camp. What workers your parents were to do all that work themselves! So great that it stayed in the family! Jean

Oh I just LOVED this story, that is awesome, thanks for sharing it and the pictures!

What a great store the pictures are so neat to see.I'm glad to hear that you still use this camp. I bet there are a lot of great memories. I miss the camp we used to go to so much.

A Friendly Reader Only said...

Love all your captured moments - from the past and the present. Looks like an awesome getta way!!
Thanks for sharing.

What wonderful family history. You are so fortunate to have that idyllic spot. Great blog - I'll be back!

coariersHow wonderful to have that in your history and still in your family!

What a fantastic cabin and story! Was electricity ever added to the cabin or is it still "as was"? Thanks for sharing the memories.

Thanks so much everyone for your kind comments. To answer a few questions, yes there are so very many memories I have of that place. I actually said my first word as a toddler there,... "car!"... and caught my first fish there! No, Beckles1, there has never been electricity available there. It is a remote area, and would entail running personal poles for at least a mile, way too expensive. We don't really need it. And welcome to you and other new readers, MindyLew and Violetlady!

What a wonderful story through your words and pictures. I loved seeing the original camp and how it grew and the fact that it has been in your family for generations makes it very special.

What a wonderful place to spend your summers. No wonder you are so fascinated with nature. Lovely post.

I can only imagine the memories made here with your family. Reminds me of a crazy story...my father's great uncle owned a bunch of land on the water in old forge and when land tax was instituted he gave up the land because he was NOT going to pay taxes on something he already owned. The old pictures are great!

Oh my Corin,... think what that would be worth today!

What a wonderful family heritage! Thanks for sharing your story and the great old pictures.

Wonderful memories. Place and family memories are the best.