Lake Champlain lies between New York and Vermont and extends northward into Quebec. It is approximately 108 miles long, with a maximum depth of 400 feet. The lake is named after Samuel deChamplain who arrived here in 1609. It was the site of many events during the Revolutionary War and the War of 1812. Perhaps the most famous is the Battle of Valcour.
In more modern times people in the shoreline communities needed to travel. The lake steamers came into being. This is an artist's rendition of The Vermont, the first steamboat on Lake Champlain. And according to the back of this antique post card from Basin Harbor, Vt, it was built in 1808 and entered service on the lake in 1809. 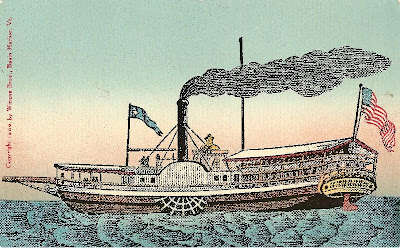 The builders were John and James Winans. The back of the post card states it was 120 feet long, with a 20 ft. beam and and engine of 20 hp.
Years later the second Vermont steamed back and forth on Lake Champlain. This photo is in my family collection. Perhaps taken by either my grandfather or grandmother. 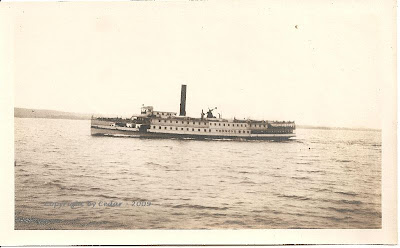 The next steamer on the lake was The Ticonderoga. The "Ti" survived and is on display at Shelburne Museum in Shelburne, VT. 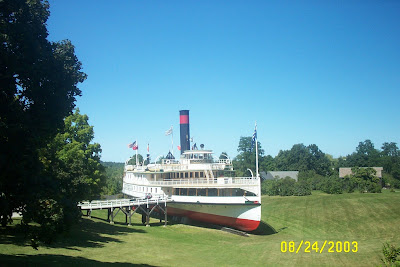 The date on this panel of gauges shows 1906, the year of my mother's birth. 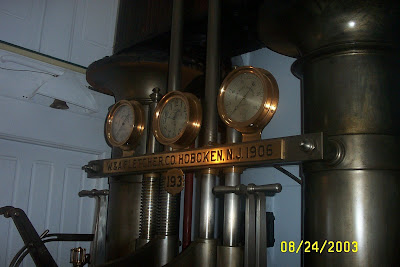 Here is the diningroom aboard the "Ti". It steamed from Burlington, VT, to Ticonderoga, NY with stops at several lake shore towns including Port Henry, NY and Westport, NY. My mother told stories of my grandmother taking her on the Ti to shop in Burlington. 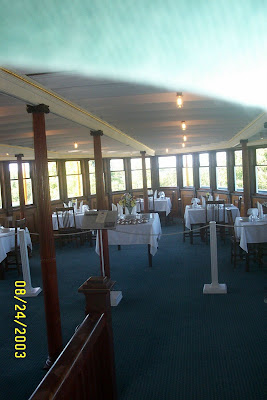 A few years ago I visited the Shelburne Museum specifically to step on board the Ti and feel the times of the past. 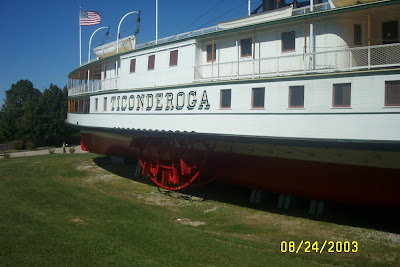 When the Ti docked in Westport there is a story of a fiddler playing music and this little girl dancing a jig for the passengers as they boarded the boat. 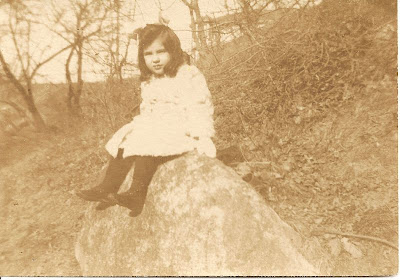 I love hearing how your family ties back with history! That photo of your mom as a little girl was so sweet!

Oh Cedar, such a great story... I'll be you could just 'feel' your sweet mother dancing around in there!!!! That's a precious picture of your Mom! Thanks for sharing.
Hugs,
Betsy

What an excellent post, Cedar! I loved reading the history, seeing the photos, and your family tie-in to the story makes the whole precious!

Wow! What a neat story! It's already been said - but I do love reading about you family's history in the area. And as always, you have awesome photos.

Your mother was so adorable! I enjoyed your post so much because of course you are talking about an area of the country where I live and love and I always enjoy learning more about the history.c

Cedar: I always love checking out all the interesting things you post and those great food places. I like my bacon well done too...I guess I just have to get up your way to get a tour! You prompted me to get out some old pics of my parents to set in the bookcase! Good stuff, Judy

I love the end of your tale! Great photo of your mom and so sweet picturing her dancing for folks.

Cedar, I'm sorry but you have the COOLEST family!! :-D Your family history is really a treasure!

Thank you, everyone, for your kind comments about this post. Although my grandfather had passed away by the time I was born, Ma always told about the Ti and him taking her to dance on the dock when she was a little girl. The last time I saw my mother dance a jig to fiddle music she was well into her 50's. She could really step it off!

I love being able to relate history and pictures to places I have been. Last fall we took a New England leafer tour and had a luncheon cruise on Lake Champlain. Yes I recalled the good days Benedict had there and at Saratoga before it all went wrong.

Thanks for stopping by my blog! I have to say, you have a very nice blog as well. I like that you show us around your area, something I wish more bloggers would do.

It's been years and years since I've been up to Shelburne, VT, and at the time I was there for a car show with my family so I never saw any boats. I do remember the area as being very pretty though. Maybe one day my hubby and I will get back up into that area.

Great picture of your grandmother and wonderful story!

Thank you for sharing this story! I love that last photo.

what a wonderful story and series of shots. I especially love the picture of your mom!